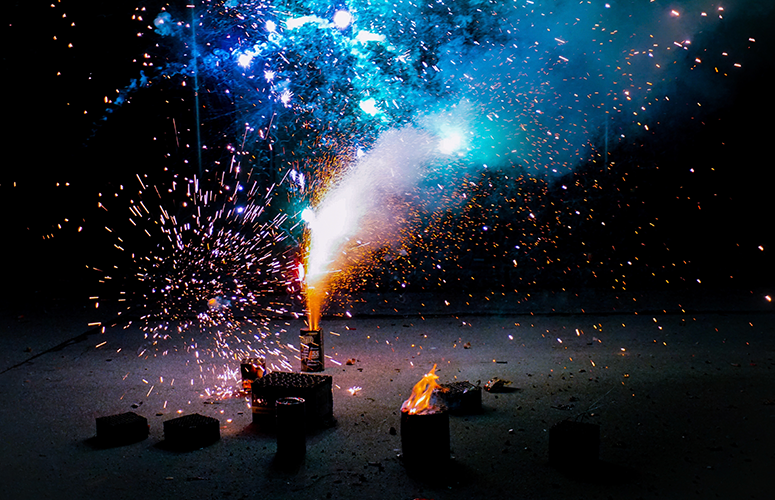 Michigan law was changed in 2012, Michigan residents have been able to legally purchase fireworks that leave the ground and explode without traveling to other states to smuggle them home. While they’re legal, these fireworks are not (and have never been) safe.

Last summer, a pair of Chicago women were hospitalized after a fireworks mishap at a neighborhood party. A launching tube fell over and fired a shell at the place they were sitting several dozen feet away. One woman suffered severe burns; the other had the same and lost one of her feet. They weren’t hit by the shell; it merely went off near them. That was a neighborhood show run by regular citizens, but similar tragedies can happen at municipal shows.  Many years ago a horrible tragedy occurred at the Charlevoix fireworks celebration where several people were killed and injured.

The Consumer Products Safety Commission listed nearly 9,000 fireworks-related injuries, including a handful of fatalities, nationwide in 2012 and noted that nearly all of them could have been avoided by following simple fireworks safety guidelines. While they’re colorful and fun, they are very dangerous. The potential for injury is high and fireworks mishaps are almost entirely preventable.

The American Pyrotechnics Association reported that Americans love fireworks and shell out a lot of money every year to light them off at home. U.S. residents purchase between 100 million and 200 million pounds of consumer fireworks every year, an amount that dwarfs professional firework sales by a factor of four. The consumption of display fireworks, the kind that can only be purchased by professionals, hasn’t risen above 60 million pounds in the same sampling period.

The National Council on Fireworks warns users to be careful when handling and setting off fireworks. Municipal fireworks shows are overseen by professional firefighters, at home you’ll have to provide that safety oversight yourself. Only light fireworks in an area clear of ignitable debris with no trees or houses nearby. Do not use them in any fashion not indicated on the label and do not use any firework that has a damaged casing or missing label. Failing to use fireworks properly, or being around someone who isn’t using them properly, can be dangerous.

If you don’t feel comfortable lighting off your own display, there is no shortage ofpublic fireworks displays around the state throughout the summer.