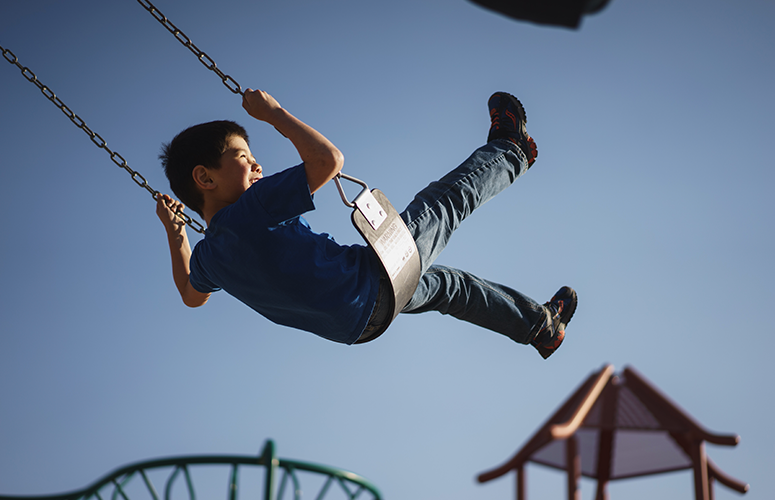 “It’s a beautiful day, turn off that TV and get outside.”

Your mother was right: It’s summer, enjoy the weather while you can.

As much as we would like to see the kids run and play in a nearby park, there is a potential for injury lurking there, and parents need to be aware that there are dangers that can be anticipated and avoided. It’s not just broken equipment that needs to be avoided; careful consideration has to be given to playground elements that still look new.

Though Michigan law requires schools and municipalities to maintain playground equipment to a safe standard, parents and caregivers should still be alert to possible hazards.

The first things to look at on a playground safety list are the pieces of playground equipment themselves. Antiquated or poorly-maintained playscapes can present hazards in their…

If all of those points are acceptably safe—the seesaws are far enough apart that small hands can’t be caught between them, and exposed bolts don’t extend more than a few threads beyond their securing nuts—what is the condition of the construction materials used? Is the wood sealed and splinter-free? Are exposed metal parts rounded smooth or is there visible rust? What are the conditions of the tire swings? Can you see the steel belts? If you wouldn’t want it on your car, you definitely don’t want your kid inside it.

The actual grounds of the playground are important to examine too. Areas where children are expected to land (or conceivably could land such as in front of a slide or underneath a swing set) should have a bed of loose-fill material such as wood chips or impact mats to cushion hard landings. In areas where running is expected, are there visible tripping hazards like gopher holes or exposed roots?

A public playground, either municipal or on school grounds, has to be regularly inspected and those inspection reports can be examined upon request. But the inspection, even if rigorous, isn’t the same as the conditions on the ground. Before you send your kids off to play, take a walk around the playground with a critical eye. “Policing” the grounds, walking through the play area with both eyes on the ground before you, will yield a lot of information about not only the condition of the playground but also about who else is using it and for what. Cigarette butts near park benches is one thing, the same around the jungle gym is completely another.