Your Medical Records Are Not Yours 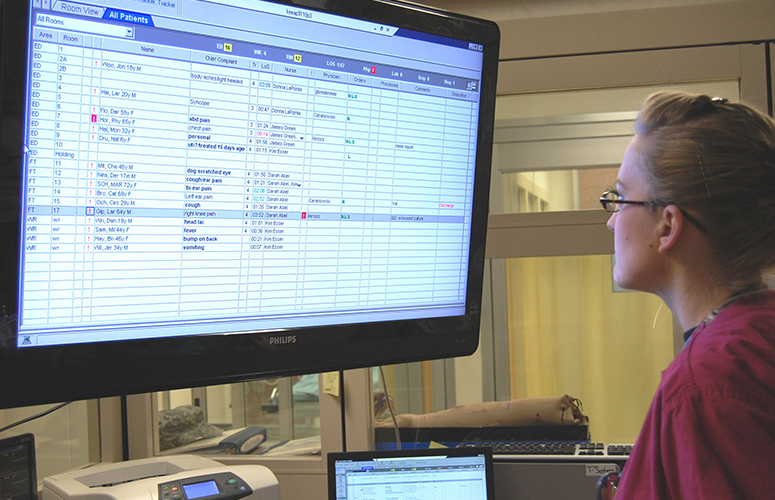 If you hurt yourself and need to get an X-ray, would you assume that you’re entitled to get a copy of it? You might, if you believe that the X-ray is part of your medical records.

And most of the time, you’d be right. But not always. So goes the story of Jennifer Paul and her fight with her employer’s workers comp insurance company.

She injured her shoulder while she was at work. She then filed a claim for worker’s compensation benefits. And her employer’s insurance company, Citizens Management Inc., hired Medicolegal Services Inc. to get an independent medical evaluation of Paul.

Medicolegal then hired Glendale Neuroligical Associates to do an MRI and an arthrogram of Paul’s shoulder. Glendale sent the report to the Medicolegal physician, who then wrote his own report for Citizens.

Paul asked for copies of the records, but Glendale denied her request. She sued, arguing that those are her medical records and she has a right under the Medical Records Access Act to get copies of them.

But Glendale argued that Paul is not the company’s “patient,” and the records belong to its customer, Medicolegal. Further, Paul had signed a consent form stating that she understood she was only being evaluated for the purpose of determining eligibility for benefits, and was not receiving medical care from Glendale, so no physician-patient relationship was being formed.

The Michigan Court of Appeals in Paul v. Glendale Neurological Associates agrees with Glendale. By law, a patient is a person “who receives or has received health are from a health care provider or health care facility.”

She argued that the Court should refer to the dictionary for the definition of “care,” which is “to give care,” and that “care” an also mean “responsibility” or “watchful attention” or “supervision,” which she said applies to the relationship between Glendale and her.

But the Court wasn’t buying it.

Because Glendale did not provide Paul with actual medical care, the court opined that she is not a patient, and has no right to the records.

If there is a lesson to be learned, it’s that just because the person performing a medical test on you might look like a doctor, talk like a doctor, and might actually BE a doctor, it doesn’t necessarily mean that he or she is YOUR doctor. And you may have no right to the records and reports produced by that physician.

If you have been injured on the job and have any questions about worker’s compensation benefits, call us at (888) CALL-SAM for a free consultation.
Do You Have a Case?