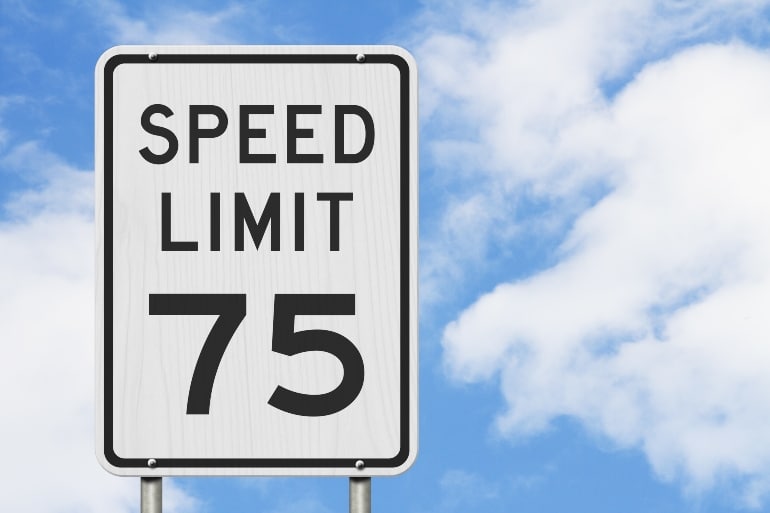 Does speed kill? Researchers are claiming increasing the speed limit in Michigan has increased the number of serious or fatal accidents. Three years ago, Michigan legislators voted to raise speed limits from 70 mph to 75 mph on 614 miles of rural freeways. The new law, which took effect in mid-2017, also increased the maximum speed for trucks, including semi-trucks, on those roadways from 60 to 65 mph. Traffic experts conducted extensive research to select roads where accidents were less likely to occur despite higher speeds. However, a recent study showed a higher number of crashes and injuries on freeways with the new speed limits than on other Michigan roads.

Which Michigan roads were affected by the speed limit increases?

According to Public Act 445 of 2016, the speed limit in Michigan was increased from 70 to 75 mph (and from 60 to 65 mph for trucks) on portions of the following freeways:

These roads were the first in the Great Lakes region with speed limits higher than 70 mph. In addition, speed limits increased from 60 to 65 mph on approximately 900 miles of other Michigan highways. The combined total of 1,557 miles comprises about 16 % of total state freeway miles in Michigan.

What do these crash statistics mean?

Analysts from Bridge Magazine reviewed crash data from Michigan State Police for 2018, the first full year the new speed limit in Michigan was in effect.

Here’s what they found:

How do higher speed limits increase accidents and injuries?

Traffic safety experts agree that higher speeds increase the risk of serious accidents in a variety of ways.

“Even the most careful driver can have a serious accident,” says Mark Bernstein of The Sam Bernstein Law Firm. “When that happens, call us right away. Our experienced legal team will make sure you get the compensation you deserve.”

Michigan car accident law is complicated, but finding the right lawyer is simple.