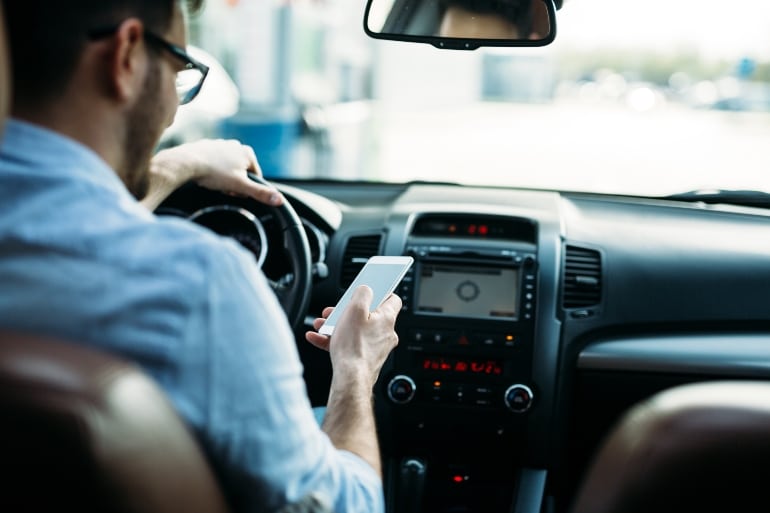 Have you ever sent or read a text while you were driving 55mph or faster? If so, do you know that’s equivalent to driving the length of a football field (100 yards) blindfolded? Most drivers don’t realize how dangerous it is to use a cell phone behind the wheel, even at slower speeds. Yet, there is an alarming correlation between cell phones and car accidents. Each year, more and more lives are destroyed in crashes involving distracted drivers. And, most of these tragedies could have been avoided if the drivers had kept their eyes and minds on the road instead of on their phones.

Here are some alarming statistics about cell phone use and car accidents:

Under Michigan law, drivers are not allowed to read, manually type or send text messages while driving. If stopped by police, these drivers may be fined $100 for the first offense and $200 for subsequent offenses.

In addition, it’s illegal for Level 1 and Level 2 license holders under the Graduated Driver Licensing program to use a cell phone while driving. Those who violate this law may be fined as high as $240.

Exceptions include medical emergencies or using a phone to report accidents, crimes or serious road hazards.

The myth of multitasking

Most of us don’t like to be interrupted when we’re in the middle of a task. That’s because it takes time to re-focus our attention after being sidetracked. The same is true when we’re driving, except the stakes are much higher.

We may think we can do two things at the same time, such as driving and talking on the phone. However, what really happens is that our brain switches back and forth between the two tasks. This means neither activity gets our full attention.

Therefore, we are slower to react if a driver cuts in front of us or makes a sudden stop. We may even fail to notice when the traffic light in front of us turns red.

Hands-free is not hazard-free

Many people believe using voice-activated technology to make calls or send texts is safer than using hand-held devices. Not necessarily. A driver who is talking on a hands-free cell phone can miss seeing up to 50% of their surroundings. This includes pedestrians, bicyclists, other vehicles and red lights.

In fact, drivers generally remain distracted at least 27 seconds after texting or making a call, even hands-free.  When you’re behind the wheel, this is more than enough time to have an accident, especially at higher speeds.

How to avoid dangerous distractions while driving

Here are some tips to help you keep your eyes, hands and mind on the road:

Michigan auto accident law is complicated, but finding the right lawyer is simple.