The Michigan Cell Phone Laws Every Driver Needs To Know 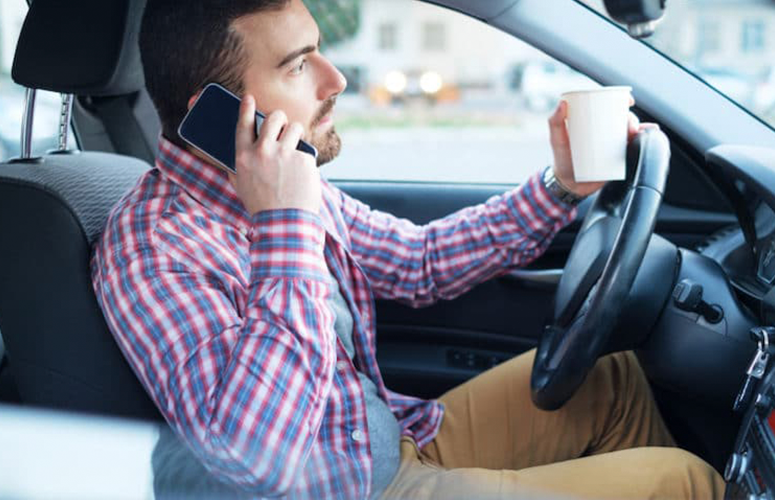 It’s tempting to read a text or answer a call when you’re behind the wheel. Nevertheless, when you use a cell phone while driving, you risk far more than a traffic ticket or a hefty fine. Motorists who text while driving increase their odds of having or causing a car accident by 83%. Therefore, you are risking serious injury or even death when you pick up that phone..

According to the CDC, about 3,000 people die in motor vehicle accidents involving a distracted driver every year in the U.S. Last year in Michigan, 2,798 crashes were caused by a motor vehicle driver, pedestrian or bicyclist who was using a cell phone. And, traffic safety experts believe the actual number of car accidents involving cell phone use is much higher than statistics reflect. One reason is that police officers are not always able to determine whether a driver was on the phone when an accident occurred. In addition, drivers do not typically tell police they were using a cell phone when reporting an accident.

To keep you and your loved ones safe on the road, we’ve put together this guide to Michigan cell phone laws.

What is the Definition of Distracted Driving?

There are three main categories of distracted driving:

Using a hand-held cell phone can cause all three types of distraction to occur.

What Are the Michigan Cell Phone Laws for Talking and Texting?

Is It Legal to Talk on a Cell Phone While Driving?

Currently, most Michigan adult drivers with licenses above Level 2 are allowed to use cell phones to speak while driving. This includes holding a cell phone in the hand as well as voice-operated systems that allow drivers to talk hands-free while operating a vehicle.

However, while holding a cell phone in your hand is legal, it’s risky. It can be difficult to react quickly to a traffic hazard when your attention is elsewhere and you don’t have both hands on the wheel.

In addition, some municipalities have their own local laws prohibiting the use of hand-held cell phones. So, you are risking a traffic ticket in addition to an accident by engaging in this practice.

Is Texting While Driving Against the Law?

Michigan law prohibits drivers from reading, manually typing or sending text messages while driving. Paying attention to your cell phone takes your eyes, hands and your mind away from safely driving on the road. The result is increased risk of severe injury to yourself, passengers in your car and other drivers that expect you to be responsible on the roadways.

What Are the Consequences for Texting While Driving in Michigan?

According to Michigan legislation, those who violate this cell phone law for the first time may be fined $100, while subsequent offenders may be subject to a $200 fine. At this time, no points are issued on a driver’s record for violating this law.

Additionally, a driver could be accused of a more serious offense depending on the circumstances. This may include reckless driving, improper lane use or even manslaughter if the driver was responsible for a fatal accident. In those instances, the potential consequences would be more severe.

Handling your cell phone when using certain auto software applications is subject to the same rules and regulations as other kinds of distracted driving. This includes popular navigation systems such as Apple or Google Maps that require the user to manually enter the address of a destination.

In addition, manually scrolling through your phone or entertainment system on Apple Music, Spotify, Stitcher Podcasts or XM Radio while driving could also put you in danger of a fine, or worse, an accident that results in injury or death.

To protect novice and young drivers and those with whom they share the road, Level 1 and Level 2 license holders under the Michigan Graduated Driver Licensing Program may not use cell phones in any capacity while driving.

This strict criteria is also known as Kelsey’s Law. It is designed to prevent teens from engaging in distracting activities while driving.

Currently, Michigan prohibits all use of handheld cell phone devices for commercial truck drivers and school bus operators. Hefty fines and penalties for commercial drivers extend to both the driver and their employer.

Consult one of our experienced truck accident lawyers if you have more questions regarding commercial trucking and cell phone-related accidents.

Current Michigan cell phone law only prohibits drivers from manually texting or otherwise handling their cellular device to send or receive messages. However, the law allows drivers to use hands-free texting programs such as talk-to-text or other voice-operated means of communicating.

It’s important to note that there is continuing pressure for lawmakers to expand Kelsey’s Law in Michigan. The expansion would include prohibiting teen drivers from using voice-activated and other hands-free functions for all cell phones and vehicle entertainment centers.

Michigan cell phone laws include exceptions for certain urgent circumstances. These include reporting crashes, crimes, dangerous road hazards and medical emergencies. Additionally, drivers in situations where their personal safety is jeopardized are legally permitted to use cell phones.

Is Hands-Free Cell Phone Use a Safer Alternative?

Multi-tasking is a myth! While our brains can switch back and forth between activities, we cannot actually do two things at once. Therefore, using voice commands while driving is just as distracting and dangerous as manual calling and texting.

Just listening to a caller decreases activity in the brain center that processes moving images up to 1/3. And, it takes a full 27 seconds for the brain to return to its original focus after a distraction such as a text or phone call. As any driver knows, this is plenty of time for a serious accident to occur.

Additionally, a driver’s field of view actually narrows while talking on a cell phone, even hands-free. This means drivers looking out the windshield while using their phones may miss up to 50% of what’s in front of them.

Some Municipalities Have Their Own Michigan Cell Phone Driving Laws

For example, Battle Creek, Michigan has its own hands-free law that bans motorists from placing or answering calls by hand while driving. While state cell phone laws allow drivers to talk on their phones using one hand or to engage in very minor cell phone adjustments, motorists in Battle Creek could be pulled over and fined $100 to $200 for violating this local statute.

Drivers using cell phones had slower reaction times than impaired drivers in a field test by Car and Driver magazine. Testers compared sober drivers with those whose blood alcohol levels were .08 (the legal limit in many states, including Michigan).

Here are the surprising results:

“While Michigan cell phone laws do not prohibit talking on a cell phone while driving, it’s still a dangerous practice,” says Mark Bernstein of The Sam Bernstein Law Firm. “Most accidents are caused by driver error, and distracted driving is completely preventable. Next time you drive, remember to keep your hands on the wheel and your eyes and your mind on the road.”

Select the button below to fill out a brief form or Call 1-800-CALL-SAM today for a free, no-obligation remote consultation from the safety and comfort of your home.