Michigan E-bike Laws and How to Ride Safely This Summer 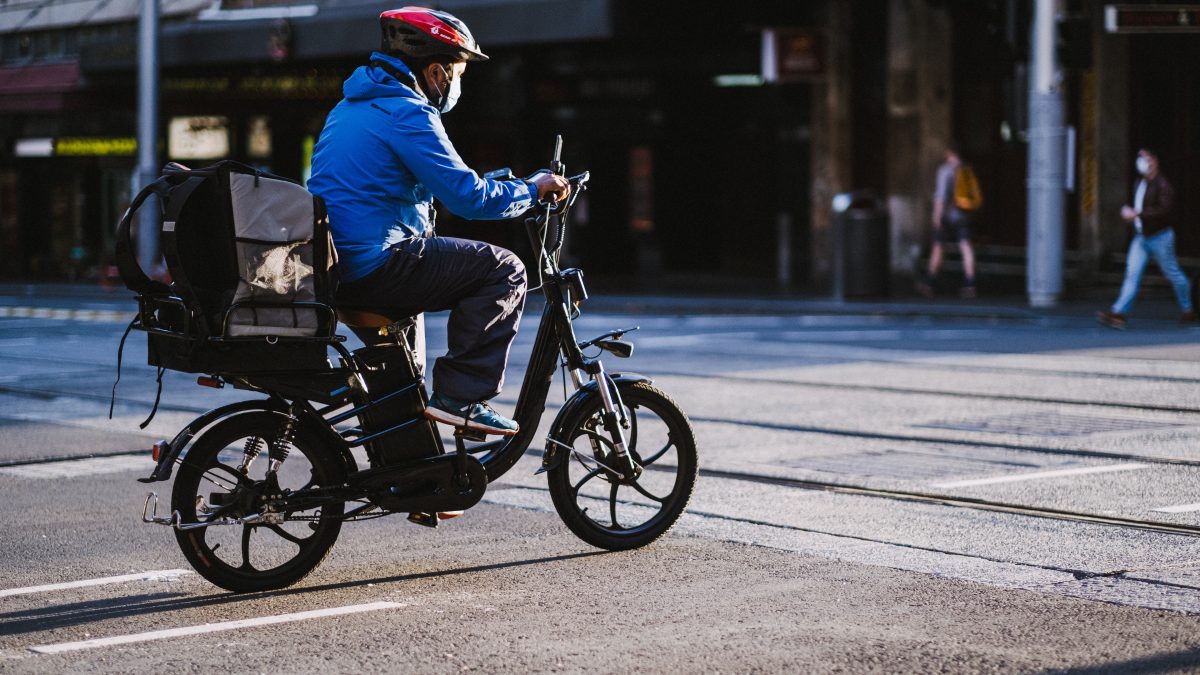 Electric bicycles, known as e-bikes, are a fun and energy-efficient way to get from place to place. Those who want to avoid public transportation during the pandemic are riding e-bikes to work or run errands. In addition, e-bikes are a good form of exercise for people with disabilities or older riders who may find traditional bicycles too strenuous.

However, for all the benefits these vehicles provide, e-bike accidents can result in serious injuries. A recent example is “America’s Got Talent” judge Simon Cowell, who suffered multiple back fractures after falling off his e-bike.

In the spirit of summer and in light of the recent press about the dangers of e-bikes, we thought we’d lay out what you need to know about Michigan e-bike laws.

What is An Electric Bicycle (E-bike), Generally Speaking?

Electric bikes, or e-bikes, are similar in many ways to traditional bicycles including the use of pedals. The main difference is that electric bicycles have the addition of a motor, which can vary in size and may or may not include a throttle. E-bikes that use an electric power motor to assist the rider in pedaling are sometimes known as “pedelecs.” The motor is intended to supplement human power rather than take its place entirely. The other major components of an e-bike are the battery and the drivetrain.

Be aware, that other than the pedals, it can be challenging to discern an e-bike based on appearance. Some e-bikes look like standard mountain bikes, others look like small dirt bikes, and some look like scooters or mopeds.

The ABC’s of Michigan E-Bike Laws

Defining an E-bike Under Michigan Law

Under Michigan law, an e-bike is defined as a device that is equipped with the following:

Sections of the Michigan Vehicle Code were amended to include new electric bike laws, which took effect January 28, 2018. As a result of this legislation, Michigan became one of 26 states with a three-tiered classification system for e-bikes.

The three classifications are as follows:

Riders do not need special registration, licenses or insurance to operate an e-bike in any of the three categories. However, a rider must be 14 or older to operate a Class 3 e-bike.

In addition, it is illegal for e-bike owners to alter the classification label after purchase.

Legal Places to Ride An E-bike

It’s important to understand the rules associated with where these electric motorized bikes can be ridden. Most often we find that the spaces they’re allowed to operate are according to their class type as outlined above. Michigan e-bike laws specify where the various classifications of electric bikes may be ridden.

All three classes of e-bikes may be ridden on any roadway that is open to traditional bicycles, including designated bike lanes.

Riders may also use Class 1 e-bikes “on a linear trail that has an asphalt, crushed limestone, or similar surface.” However, municipalities have the right to prohibit or regulate e-bike operation on certain trails.

Additionally, Class 2 and Class 3 e-bikes may be ridden on trails only if authorized by the local agency that has jurisdiction over the trail.

Finally, the law prohibits all three classes of e-bikes on any “trail that is designated as non-motorized and that has a natural surface tread that is made by clearing and grading the native soil with no added surfacing materials.” This includes trails designated specifically for mountain biking.

Nonetheless, individuals with disabilities who use an e-bike as a mobility device may ride on roads and trails where e-bikes are otherwise prohibited.

In Michigan, riders under 18 or those operating or riding on a Class 3 e-bike must wear helmets.

While other e-bike riders are not legally required to wear helmets, doing so is highly recommended. If you are wearing a helmet, you are less likely to sustain a serious injury in the event of an accident.

Do I Need Insurance For an E-bike?

E-bike riders can suffer serious injuries if they are involved in an accident. In a recent study, researchers found e-bikers suffered more serious injuries from accidents than electric scooter users. In addition, e-bike riders were more likely to sustain internal injuries, while concussions more often result from e-scooter accidents. Further, pedestrians were involved in three times more e-bike accidents than in collisions with e-scooters or traditional bicycles. Finally, e-bike accident victims are, on average, older than those injured on e-scooters and bicycles.

Traffic safety experts attribute many of these accidents to the higher speeds of these electric devices. Moreover, the lack of proper infrastructure, such as bike/scooter lanes, in many places, increases danger for those traveling by foot, bike or scooter.

Staying Safe While Enjoying Your E-bike

In general, e-bikers should follow the same rules of the road as traditional bicyclists. However, those who are traveling faster than they would on a regular bike should be extra vigilant. Here are some additional safety tips:

E-bikes can be used by a wide range of people, including older riders and those with certain physical limitations.

Here are some of the many benefits of riding an e-bike:

Accident law is complicated, but finding the right bike accident lawyer is simple.

Call 1-800-CALL-SAM today for a free, remote, no-obligation consultation from the safety of your own home.