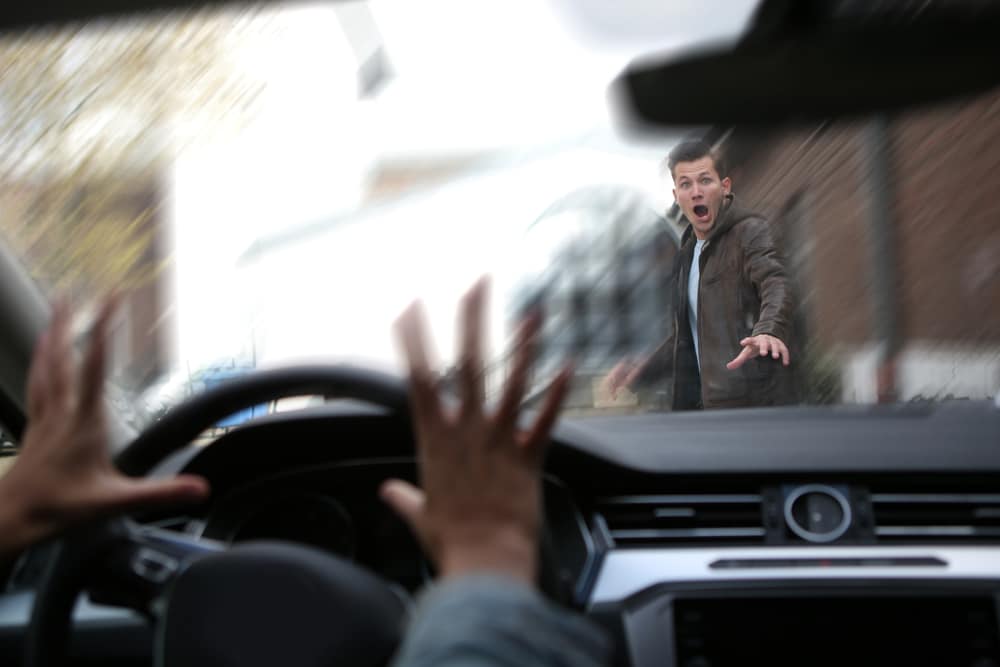 Walking is an excellent way to get exercise and reduce trips to the gas pump. However, traveling on foot has become progressively more dangerous, with pedestrian deaths reaching record numbers in Michigan and throughout the U.S. Surprisingly, while fatalities have increased steadily over the past several years, the number of pedestrian-related accidents has declined. Why fewer accidents are resulting in more deaths is a question of pressing concern to traffic safety experts. Here is an overview of Michigan pedestrian accidents and what drivers and walkers can do to make our roadways safer.

MICHIGAN PEDESTRIAN ACCIDENTS ARE DEADLIER THAN EVER

And, for each pedestrian killed in a Michigan traffic accident, another eight were injured.

Alarmingly, Detroit ranked 16th on a list of the 20 most dangerous cities for pedestrians, according to research by the National Highway Transportation Safety Association (NHTSA).

The rise in pedestrian deaths is part of an overall increase in fatalities resulting from traffic accidents in several other categories, including motorcycles, commercial motor vehicles (trucks), deer-related crashes, construction zone accidents and distracted driving, according to recent data from Michigan State Police. The only exception was bicycle accidents, where fatalities decreased 24 percent, from 38 deaths in 2020 to 29 in 2021.

WHAT ARE THE REASONS BEHIND THE RISE IN FATAL PEDESTRIAN ACCIDENTS IN MICHIGAN AND ELSEWHERE?

Analysts have found a correlation between the increase in pedestrian fatalities and certain factors. The rise in overall traffic deaths in recent years has been attributed to many of these same factors. There is also research supporting the idea that reckless driving behaviors accelerated when the pandemic began, a trend that did not abate when people resumed pre-pandemic routines and activities.

Here are the most prevalent reasons for the rise in pedestrian deaths:

In 2020, the percentage of pedestrian fatalities with speeding cited as a factor increased approximately 20%, from 7.2% to 8.6%. Speeding poses a great danger to those on foot because the faster a vehicle travels, the greater the risk of death when a pedestrian is struck. For example, a pedestrian hit by a car going 23 mph is about 10 percent. However, when a vehicle traveling at 58 mph strikes a pedestrian, the victim’s odds of dying from the impact increase to 90 percent.

Driving under the influence of drugs or alcohol

According to recent statistics, 16.1 percent of fatal pedestrian accidents involved a driver with a Blood Alcohol Level (BAC) of at least 0.08, the legal limit in Michigan and many other states.

Further, almost one-third (31.2 percent) of pedestrians 16 and older killed in motor vehicle crashes had a Blood Alcohol Level (BAC) of at least 0.08.

Distracted driving is a growing epidemic, resulting in a rising number of serious traffic accidents, including those involving pedestrians. Drivers who take their minds, hands or eyes off the road due to texting or eating or tending to children are far more likely to cause a fatal crash.

Pedestrians looking at their cell phones or concentrating on the music or podcast coming through their headphones are less apt to see or hear an approaching car before it is too late. And, when drivers and pedestrians are distracted, the risk of an accident is multiplied.

Infrastructure issues such as insufficient crosswalks

Numerous Michigan intersections and streets do not have crosswalks, making it dangerous for pedestrians to cross busy roadways. What is more, many drivers and pedestrians do not know how to determine who has the right of way in a crosswalk, which can result in serious injuries and fatalities.

Recommended reading: What You Need to Know About Michigan Crosswalk Law

With the exception of children under 15, most fatal pedestrian accidents occur at night. In 2020, 76.6 percent of crashes attributed to lighting conditions occurred after dark, compared to 19.6 percent during daylight hours and 3.8 percent during dawn or dusk.

On the other hand, the majority of fatal accidents involving victims under 15 occur on weekdays (64 percent) and during daylight hours (53 percent), when children are typically traveling to or from school or extra-curricular activities.

The proliferation of SUVs is a contributing factor to the increase in pedestrian deaths. Because they are larger and heavier than small or mid-size automobiles, pedestrians have a greater risk of being killed or seriously injured in an accident. One study showed that children ages 5 – 9 are four times more likely to die if struck by an SUV or pickup truck.

Moreover, the high front-end profile of an SUV makes it harder for drivers to see people on foot and while increasing the chance a pedestrian will sustain a serious or fatal injury to the head or chest.

Recommended reading: Could The Popularity Of Suvs Explain The Rise In Pedestrian Accidents And Deaths?

The rise in fatal Michigan pedestrian accidents is part of a tragic trend affecting the entire country. According to the Governors Highway Safety Association (GHSA), 7,485 pedestrians were killed nationwide last year, the highest number reported in four decades. This was an increase of 11.5 percent over the 6,711 pedestrian fatalities reported in 2020.

Further analysis of these statistics shows there were 2.32 pedestrian deaths per billion vehicle miles traveled (VMT) in 2021. While this was only a slight increase from 2020’s total of 2.3, it is significantly higher than the historic average of 1.9.

In addition, the percentage of children under 15 who were killed by speeding vehicles more than doubled since 2018, from 5.8% to 11.9%.

PUT OUR EXPERIENCED PEDESTRIAN ACCIDENT LAWYERS TO WORK FOR YOU TODAY

If you or a loved one is injured in a pedestrian accident, we can help. Our knowledgeable legal team has the expertise and resources to build a winning case, and we will do whatever it takes to win the compensation you and your family deserve.

Start your case today by completing the brief form below or calling 1-800-CALL-SAM for a free, no-obligation consultation with a member of our firm.