What To Do About Potholes And Vehicle Damage? 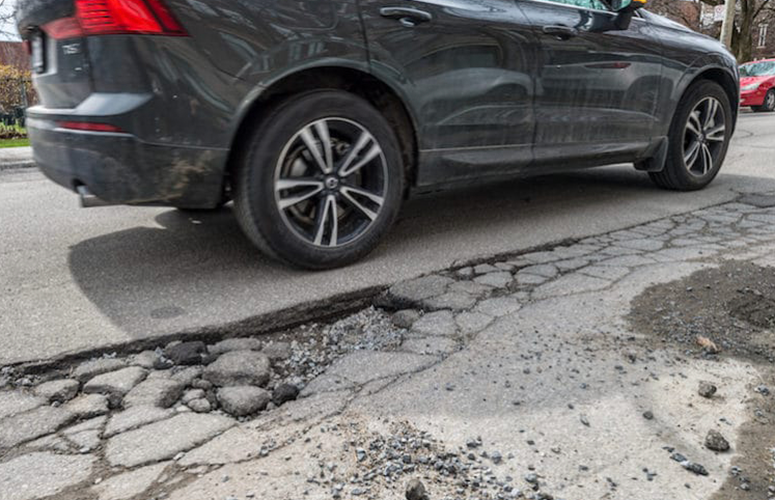 The cold and snowy winters in Michigan’s give way to some of the bumpiest and most treacherous pothole filled roads for the state’s motorists.

When pothole meets car, it can do some serious – and expensive – damage. When that happens, some drivers are able to seek reimbursement from the state, county or city responsible for maintaining the road.

But how do you know when you have a legitimate claim? Though it is the responsibility of the state and local governments to maintain the roads, it’s rare to succeed in these claims.

When it comes to state-maintained roads, the requirements you need to meet to make a claim under state law are strict:

Claims of more than $1,000 must be filed with the Court of Claims in Lansing. Smaller claims are filed with the Michigan Department of Transportation regional offices. According to the MDOT website, the state tries to respond within 90 days, but it adds: “Please be advised that the majority of claims are denied under governmental immunity laws.”

And even if the state pays, it will pay only the amount not covered by your insurance company. You can find more information about how to file a claim and links to the forms to do so here.

But what if your car is damaged when it hits a pothole on a city, township or county road? Your results (and the requirements to file a claim) will vary.

For example, in The City of Holland, motorists have to meet the same high standard as described in state law.

However, in Wayne County, claims are decided on a case-by-case basis. This time of year, when potholes are common, and drivers are on alert to watch out for them, drivers who seek reimbursement for car repairs will have weaker claims.

But if you hit a pothole in the summertime, when potholes are uncommon, you may have a much stronger case.

If you’re going to file a claim in Wayne County you’ll need to include this information:

In Macomb County, Executive Mark Hackel has said he’s concerned about the hazards caused by potholes, so concerned that he’s advising motorists to call 9-1-1 to report the dangers (though a Michigan State Police spokesman has taken issue with the idea because law enforcement officers and officials don’t have the means to repair the roads). Less hazardous potholes can be reported by calling 586-463-8671.

The Road Commission for Oakland County reports on its website that the pothole problem grows worse every year, as aging county roads are more difficult to maintain and keep pothole-free, despite the county’s efforts. And it is costing drivers plenty, according to the county, which estimates that the average motorist pays $120 a year for road-related repairs. You can contact the county about steps you need to make a claim by calling Department of Customer Services at 877-858-4804.

No matter where you are seeking reimbursement, your best bet will be to collect all the information you can, with pictures if possible, and contact your local public works department to determine if you were driving on a municipal, county or state road, before filing your claim