Determining Fault in a Motorcycle Accident 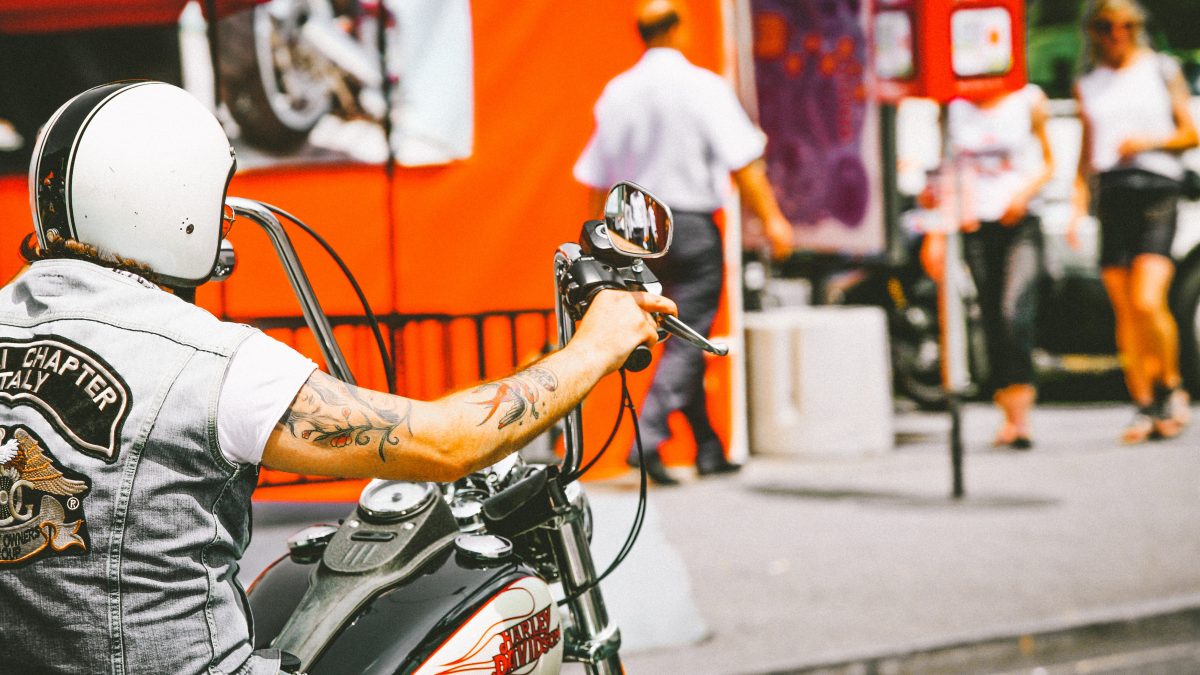 Motorcyclists enjoy riding for a variety of reasons. They’re more cost-efficient, easier to park than automobiles, and they’re a great way to explore Michigan’s scenic roadways.

Unfortunately, despite the beautiful views, motorcycle riders are all too aware of how cautious they have to be while riding in Michigan. These two-wheeled vehicles offer little impact protection from rough roads and other automobiles. As a result, motorcyclists often suffer serious or fatal injuries if they are involved in any type of crash.

A seriously injured biker may require extensive and costly medical care. Victims may sue the responsible party for the financial and emotional costs of their injuries. To make sure those costs are covered and all appropriate compensation is received, it’s important to determine who is at fault for a motorcycle accident.

So, How is Fault Determined in a Motorcycle Accident?

First, according to Michigan law, a motorcycle (or any type of) accident victim must be less than 50% at fault to claim non-economic (also known as third-party) damages such as pain and suffering. Once that is established, a percentage of fault is attributed to each party. This can be a complicated process that involves several factors:

Police officers will try to determine fault by assessing the accident scene. First, they will talk to the parties involved. In addition, traffic officers are trained to draw information from the damage done to the vehicles and their respective post-crash positions. Skid marks or other physical evidence will also be analyzed. In a clear-cut situation, such as a driver running a red light, the at-fault party will usually receive a ticket. However, many accidents require more investigation to accurately determine who was responsible.

The police will interview any witnesses who saw the accident occur and include their statements in the police report. However, it’s a good idea to get contact information for each witness if possible. Your lawyer may want to interview the witnesses later on to corroborate your version of what happened.

While not always available, footage from cameras located near the scene of an accident may be useful in determining who was at fault.

Insurance companies will usually make their own assessment about an accident, especially if they represent the at-fault driver or motorcycle operator. For this reason, it’s important to take photos of the accident scene, including the vehicles involved. In addition, gather any other evidence that might help your case, including witness contact information.

One or the other party might say they were responsible for causing the accident. If you are involved in an accident, never admit fault to the police or anyone else. Once you make this admission, even in error, it’s hard to reverse it. Instead, do not discuss how the accident happened until you have consulted with an experienced accident attorney.

How An Insurance Company Determines Who is at Fault

To determine who is at fault, insurance adjusters review the available evidence. This includes police reports, physical evidence from the scene of the accident and existing camera footage. They will also review the statements made immediately after the crash by the parties and other witnesses. In addition, they may conduct subsequent interviews to see if any of the original statements have changed.

Keep in mind that an insurance company looks for evidence and information they can use to deny the claim or offer an insufficient settlement. Therefore, they will attempt to prove the victim, or plaintiff, was responsible for causing the accident. This is why it’s important to hire a qualified motorcycle accident lawyer if you are thinking of suing an at-fault driver for compensation.

The Impact Fault Plays On Your Settlement Payout

A plaintiff in a motorcycle accident case must be less than 50% at fault for an accident in order to receive non-economic damages such as pain and suffering. In addition, Michigan uses the concept of “modified comparative negligence” in personal injury cases. This means the victim’s degree of fault affects the amount of non-economic compensation they may receive.

For example, suppose a motorcyclist who sustained a serious head injury hires a lawyer to sue the at-fault driver. However, further investigation finds that the motorcyclist bears 30% of the responsibility for failing to use his or her turn signal. The motorcyclist may collect 70% of the non-economic, or third-party, damages he or she would otherwise be entitled to.

Additionally, to be eligible for non-economic damages, the victim must suffer a “threshold injury,” or “serious impairment of body function or permanent serious disfigurement.”

The definition of “serious impairment of body function” was redefined under the new No-Fault law. For injuries occurring on or after June 11, 2019, the impairment must be noticeable to an objective observer and affect the person’s general ability to lead their normal life. There is no requirement regarding the duration of the impairment.

The majority of motorcycle accidents involve passenger vehicles such as cars, SUVs and trucks. And, a major research study shows the driver of the motor vehicle causes more than two-thirds of these accidents.

Here are some of the parties that might be at-fault for your motorcycle accident:

In some cases, there may be more than one at-fault party. Furthermore, to win a lawsuit, the victim must prove the other party was negligent.

Four principles must apply in order to find a defendant negligent in a motorcycle accident case:

These are the same tenets used to determine fault in most personal injury cases, and the burden of proof is on the plaintiff.

The Most Common Causes of Motorcycle Accidents

Motorcycle accidents occur most often in the following situations:

Is Wearing a Helmet a Factor in Determining Fault?

Michigan law allows bikers and passengers over 21 to ride without helmets, provided certain other conditions are met. If you sustained a serious head injury, you are entitled to sue the at-fault party even if you were not wearing a helmet. However, you may be considered partially responsible for your injuries, which would impact your settlement.

A defendant would make the case that your injuries were more severe because you were not wearing a helmet. If they are successful, you would be assigned a percentage of fault. Under Michigan’s “modified comparative negligence” doctrine, your non-economic damages (pain and suffering, etc.) would be reduced by your degree of fault. For example, if you are considered 25% at fault for riding without a helmet, you would collect 75% of the non-economic, or third-party damages you would have otherwise received.

Get The Bernstein Biker Advantage®

Many of our lawyers and staff members are also riders. That means we understand first-hand the joy and the challenges that bikers experience. And, we take these cases personally because we know how devastating a motorcycle accident can be.

Our entire legal team is well-versed in the complexities of motorcycle accident law. We know what it takes to win your case, and we are ready to fight for the compensation you deserve.

Accident law is complicated, but finding the right motorcycle accident lawyer is simple. Call 1-800-CALL-SAM today for a free, remote no-obligation consultation from the safety of your home.