What Parents Need to Know About Michigan Cyberbullying Laws 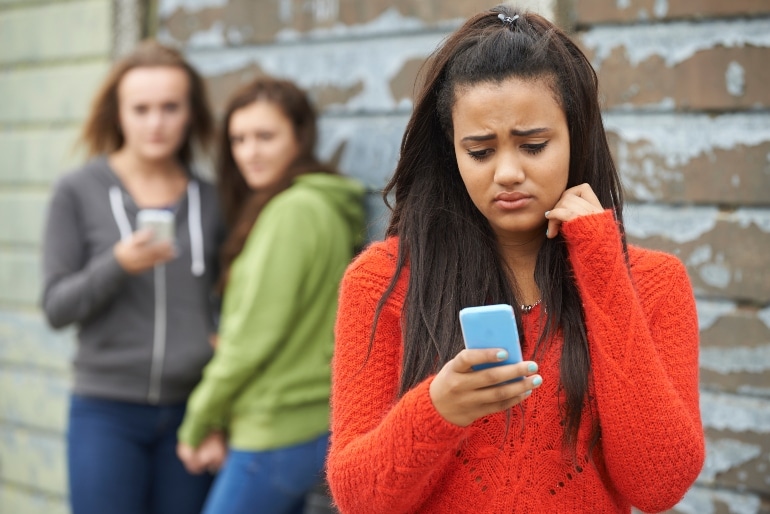 While bullies have been around for centuries, cyberbullying is relatively new and much more harmful to its victims. Armed with a smart phone and social media account, a cyberbully can spread vicious slurs to multiple recipients in seconds. And, the targets of these digital attacks often suffer devastating consequences. More than 60% of tweens and 70% of teenagers say they’ve experienced some form of online bullying, according to the Pew Research Center. Fortunately, our legislators passed a law, effective March 27, 2019, to prohibit this destructive practice and punish the perpetrators. Here is what parents should know about the Michigan cyberbullying law.

What is the legal definition of cyberbullying in Michigan?

Michigan cyberbullying law, according to Michigan House Bill No. 5017, states that cyberbullying is when someone uses a public media forum to threaten, intimidate or harass another person, causing emotional distress or harm.

In addition, the following conditions must also be present:

In addition, schools are required by law to adopt and adhere to anti-bullying policies.

What are the punishments associated with Michigan cyberbullying law?

How does cyberbullying affect victims?

Unlike in-person confrontations, cyber-slurs can spread to hundreds or thousands of people in a short time. And, while victims can remove harmful posts from their own social media pages, they cannot stop others from re-posting the malicious messages. What is more, individuals in the LGBTQ community and those on the autism spectrum are more frequently targeted.

Victims of cyberbullying can suffer a variety of serious and long-lasting consequences, including:

What signs should parents look for?

The following signs may indicate your child or teen is being cyberbullied:

What are Michigan parents’ legal rights if their child experiences cyberbullying?

The Michigan cyberbullying law does not cover every situation. However, if you suspect your child is being victimized online, you may have other legal recourse. Here are some steps you can take:

Ask specific questions and listen to the answers. Gather as much information as you can. Ask your child directly if they have been thinking about suicide. If so, consult a mental health professional as quickly as possible.

Even if an act of cyberbullying is not illegal, you may be able to receive compensation by filing a civil lawsuit. If the bullying occurred on school grounds, or involves school-issued computers or devices, the school may also be liable.

If they see a bully in action, encourage them to report the incident to a school official or other trusted adult.

Michigan law is complicated, but finding the right lawyer is simple.